It’s been a long time here, and I’m still somewhat dormant. But I had to share this in any case. I was very glad to get a message from the author of a blog called Toy Soldiers off to War who had been inspired by my hex terrain. I found this very humbling, since their hex terrain looks incredible. It consists of neatly tesselating hexagons with beatiful, hand carved houses and terrain features (created from styrofoam).

You have to check it out if you’re the least bit interested in wargame terrain making, and 6mm scale terrain in particular. You’ll find some sample images below, and the rest at the blog. 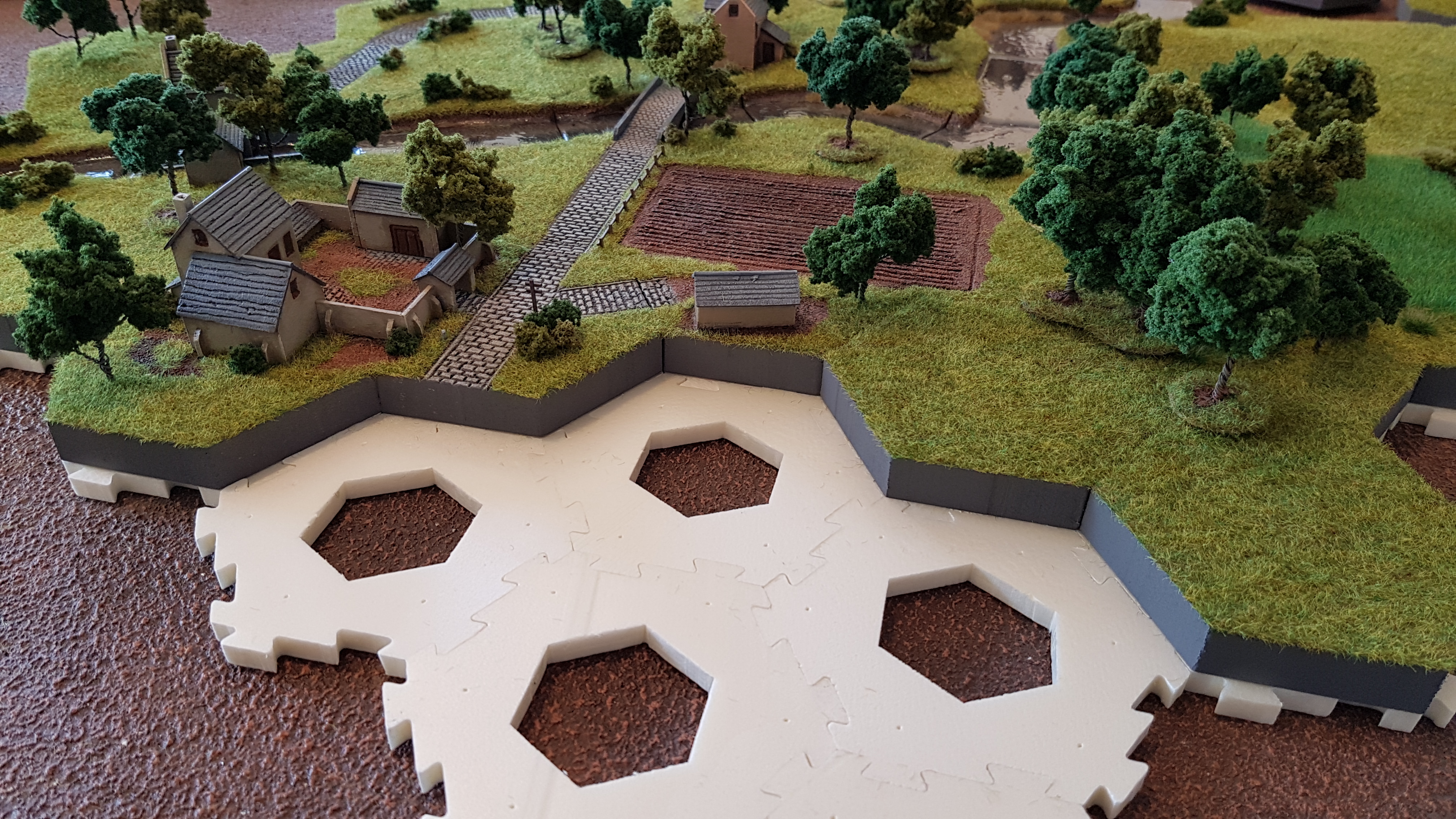 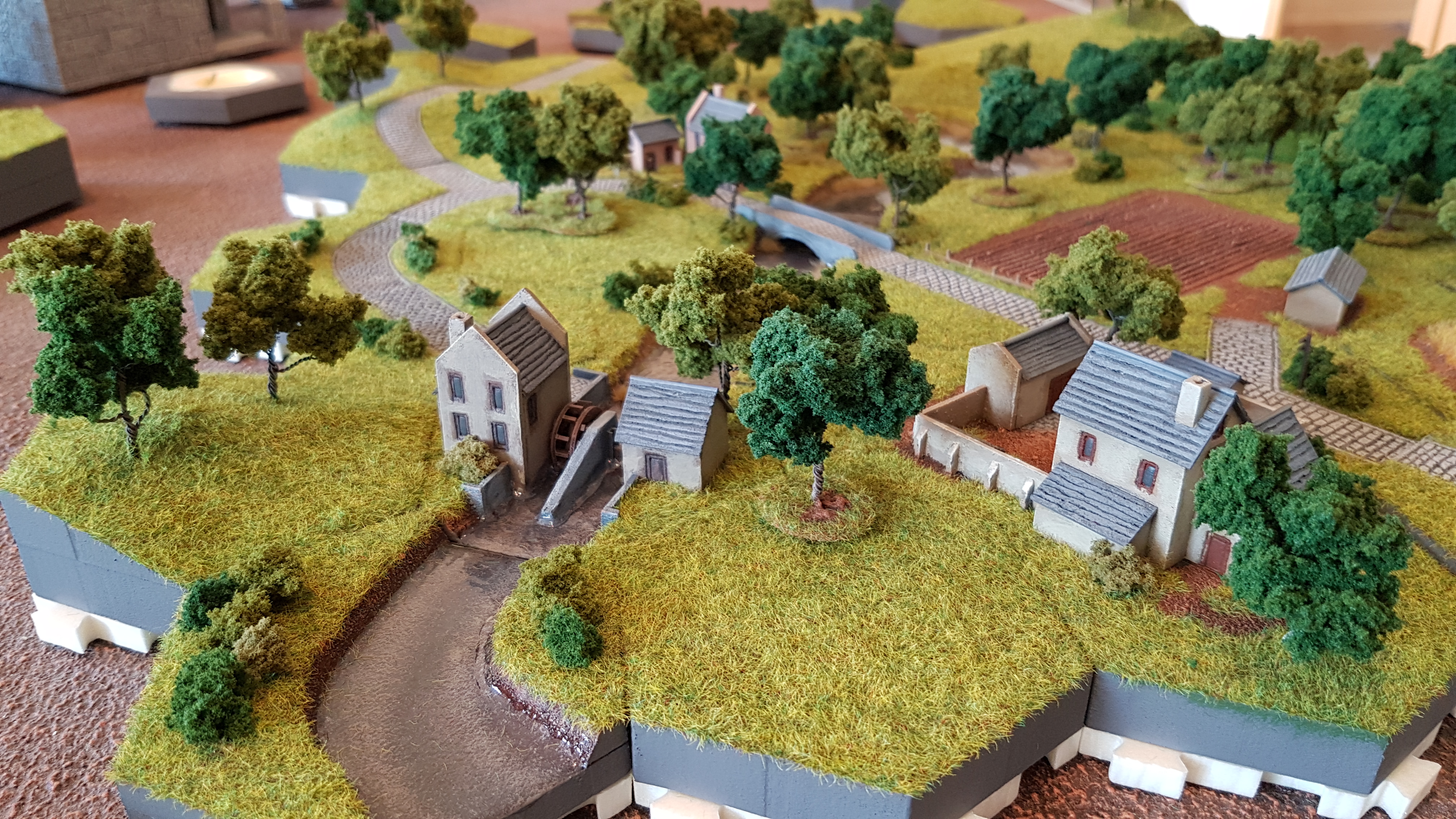 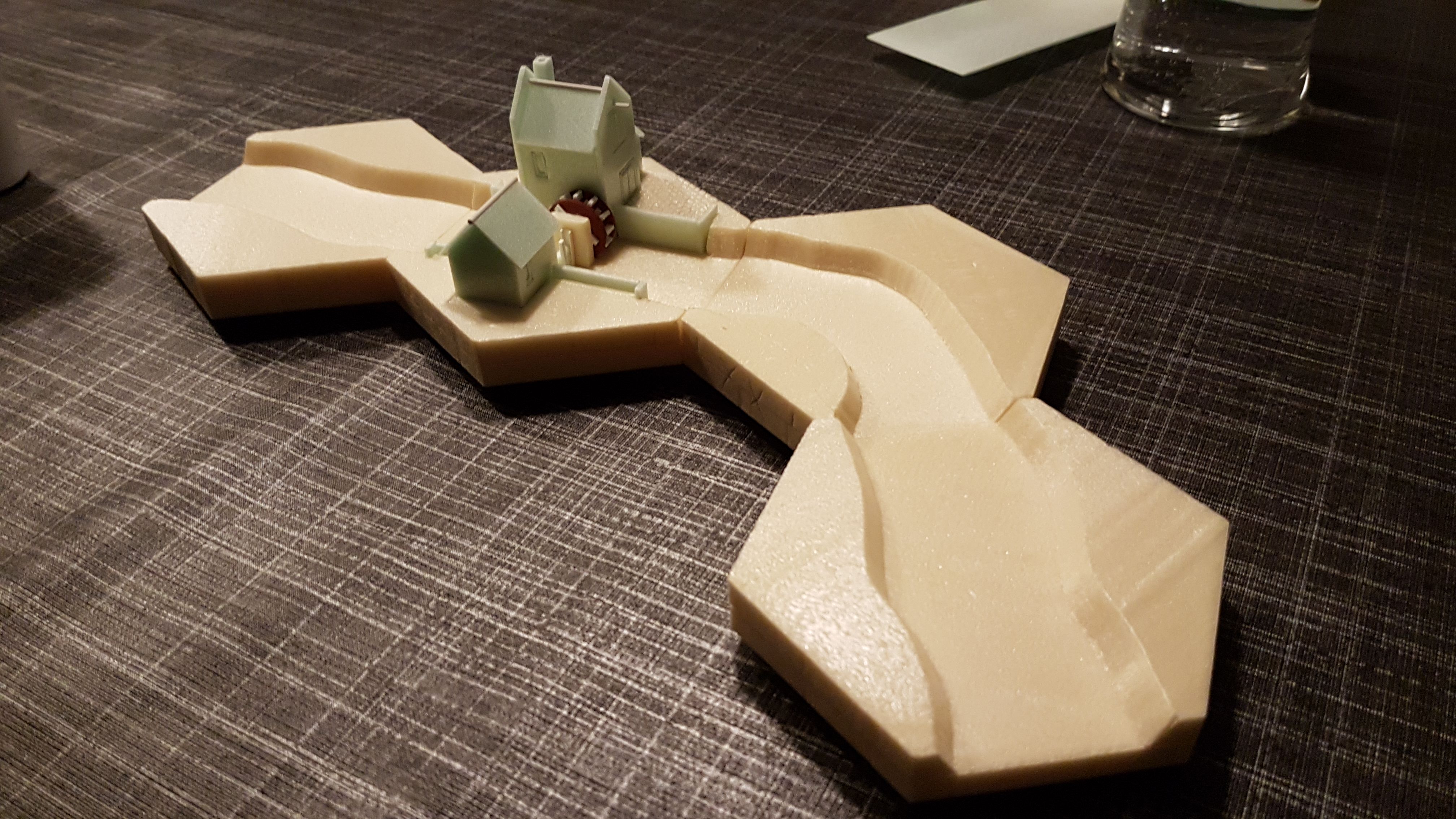 Just wanted to quickly pop in and say that Northern Wedding is still alive. Me and Swordsman played a game the other day, a symmetrical confrontation across the Autobahn. I led a pretty successful flanking offensive on one front, but we sadly didn’t have time to finish the game.

This time we used a custom ruleset I’ve been working on. I’ll hopefully post more on that at some point. All the best in the meantime.

As you might have spotted in the previous post (where we used it as terrain), the gas station is now finished. I actually finished it a week or so back, but couldn’t find the cord for my camera to transfer the images. I’m overall really happy with the result.

I decided to showcase it as a little diorama, with an attack on an American tank column. The fuel drums are part of a bunch of 6mm terrain I bought from Perfect Six Miniatures a while back. Enjoy!

During the week, me and Swordsman played a game of Fireteam. The scenario premise was that NATO forces had pushed back the front line, and a forward US cavalry scout troop had managed to capture an undefended Sa-3 site. The game was to take six turns, and the NATO objective was to hold the SAM site on turn six, and had a bonus objective of eliminating the Warsaw Pact company command squad. NATO reinforcements would arrive at the start of turn 4.

The Warsaw Pact objective was simply to dislodge the Americans from the SAM site, while inflicting maximum casaulties. The Warsaw Pact force consisted of a motor rifle platoon mounted in BMP-1s, with an attached section of T-72Bs, as well as the company command squad in a BMP-1.

The initial NATO force consisted of three M901 ITV TOW carriers, three M113 ACAVs, and three squads of scouts. Reinforcements on turn 4 came in the form of two Bradleys with infantry and a USMC M60A3 with ERA.

I played NATO this time and managed a lot of lucky rolls. Especially the ITVs managed to eliminate a frightening amount of BMPs and T-72s, acting as long range AT-snipers from their position on a forested hillside.

In the end however, although I still had a toe-hold on the SAM site, NATO losses proved too great and Swordsman’s Warsaw Pact won with 1 victory point.

In my ongoing gas station project I got the idea to cover the cardboard in plaster to give it a nicer texture. I think the result was pretty good. The roof is painted a dark grey and then dry brushed. I used a fine grained wall plaster.

So I’ve slowly been ramping up the 6mm stuff lately. About a week ago I played a US vs USSR mechanised meeting engagement with Rory Crabb’s Fireteam Modern rules, and during the weekend I’ve been tinkering with some new terrain. I thought I’d share some progress just to get some content up.

A building I’ve wanted to add for quite a while is a gas station. I think it will nicely break up my otherwise quite pastoral board. So yesterday I decided to scratch build one from cardboard. I simply took some measurements and cut up the pacaking for a chocolate bar.

I haven’t really based the design on reference images, or even went to any lengths to get the measurements correct scalewise. I just wanted to get going and throw something together. Never the less, I think the results are pretty good thus far.

So I’ve been pretty quiet lately. All of my more or less strange hobbies come and go for me, in almost predictable cycles. During the fall I was working on a hobby project computer game (the elevator pitch was basically “a mech simulator in Stephen King’s The Mist”). I might show it off here at some point.

And lately I’ve been spending my time in Elite: Dangerous. But although the cold war stuff has been on ice for a while, I’ll get back around to it again soon for sure. Enjoy some images from my space forays in the meantime.

All the best, and as always, thank you for your time.

Northern Wedding
Create a free website or blog at WordPress.com.